The solution to the disease: Factor4 Weight Control® with Power Amino Acids®!

A.M.A. Recognizes Obesity as a Disease

The American Medical Association has officially recognized obesity as a disease, a move that could induce physicians to pay more attention to the condition and spur more insurers to pay for treatments. 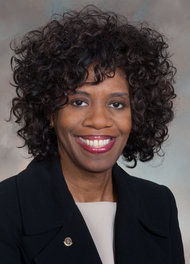 Dr. Patrice Harris said the diabetes definition would help in the fight against heart disease.

In making the decision, delegates at the association’s annual meeting in Chicago overrode a recommendation against doing so by a committee that had studied the matter.

“Recognizing obesity as a disease will help change the way the medical community tackles this complex issue that affects approximately one in three Americans,” Dr. Patrice Harris, a member of the association’s board, said in a statement. She suggested the new definition would help in the fight against Type 2 diabetes and heart disease, which are linked to obesity.

To some extent, the question of whether obesity is a disease or not is a semantic one, since there is not even a universally agreed upon definition of what constitutes a disease. And the A.M.A.’s decision has no legal authority.

Still, some doctors and obesity advocates said that having the nation’s largest physician group make the declaration would focus more attention on obesity. And it could help improve reimbursement for obesity drugs, surgery and counseling.

“I think you will probably see from this physicians taking obesity more seriously, counseling their patients about it,” said Morgan Downey, an advocate for obese people and publisher of the online Downey Obesity Report. “Companies marketing the products will be able to take this to physicians and point to it and say, ‘Look, the mother ship has now recognized obesity as a disease.’ ”

Two new obesity drugs — Qsymia from Vivus, and Belviq from Arena Pharmaceuticals and Eisai — have entered the market in the last year.

Qsymia has not sold well for a variety of reasons, including poor reimbursement and distribution restrictions imposed because of concerns that the drug can cause birth defects. Those restrictions are now being relaxed. Belviq went on sale only about a week ago, so it is too early to tell how it is doing.

Whether obesity should be called a disease has long been debated. The Obesity Society officially issued its support for classifying obesity as a disease in 2008, with Mr. Downey as one of the authors of the paper.

The Internal Revenue Service has said that obesity treatments can qualify for tax deductions. In 2004, Medicare removed language from its coverage manual saying obesity was not a disease.

Still, Medicare Part D, the prescription drug benefit, includes weight loss drugs among those it will not pay for, along with drugs for hair growth and erectile dysfunction.

The vote of the A.M.A. House of Delegates went against the conclusions of the association’s Council on Science and Public Health, which had studied the issue over the last year. The council said that obesity should not be considered a disease mainly because the measure usually used to define obesity, the body mass index, is simplistic and flawed.

Some people with a B.M.I. above the level that usually defines obesity are perfectly healthy while others below it can have dangerous levels of body fat and metabolic problems associated with obesity.

“Given the existing limitations of B.M.I. to diagnose obesity in clinical practice, it is unclear that recognizing obesity as a disease, as opposed to a ‘condition’ or ‘disorder,’ will result in improved health outcomes,” the council wrote.

The council summarized the arguments for and against calling obesity a disease.

One reason in favor, it said, was that it would reduce the stigma of obesity that stems from the widespread perception that it is simply the result of eating too much or exercising too little. Some doctors say that people do not have full control over their weight.

Supporters of the disease classification also say it fits some medical criteria of a disease, such as impairing body function.

Those arguing against it say that there are no specific symptoms associated with it and that it is more a risk factor for other conditions than a disease in its own right.

They also say that “medicalizing” obesity by declaring it a disease would define one-third of Americans as being ill and could lead to more reliance on costly drugs and surgery rather than lifestyle changes. Some people might be overtreated because their B.M.I. was above a line designating them as having a disease, even though they were healthy.

The delegates rejected the conclusion of the council and voted instead in favor of a resolution pushed by the American Association of Clinical Endocrinologists, the American College of Cardiology and some other organizations.

This resolution argued that obesity was a “multimetabolic and hormonal disease state” that leads to unfavorable outcomes like Type 2 diabetes and cardiovascular disease.

“The suggestion that obesity is not a disease but rather a consequence of a chosen lifestyle exemplified by overeating and/or inactivity is equivalent to suggesting that lung cancer is not a disease because it was brought about by individual choice to smoke cigarettes,” the resolution said.

A study indicates that women who eat at least three servings a week of fish with omega-3 fatty acids have a lower risk of polyps that could develop into colon cancer. Vanderbilt University researcher Harvey Murff saw this in data on people who reported what they ate and who had colonoscopies – exams to check for polyps.

Murff says the findings could be another reason to eat fish with omega-3s, such as salmon and tuna:

“There’s already some good data that suggests that omega-3 fatty acids that come from fish help reduce somebody’s risk of having heart disease. And I think this study would suggest that you might also have a reduction in your risk of developing certain cancers.”

The report in the American Journal of Clinical Nutrition was supported by the National Institutes of Health.

HHS Healthbeat cites a study indicating that women who eat at least 3 servings a week of fish with omega-3 fatty acids have a lower risk of heart disease, cancer, and colonic polyps.

An A1C test can help to diagnose diabetes. That’s because an A1C test measures the sugar glucose attached to a specific blood protein, hemoglobin, which stays in the blood about three months. By comparison, the standard blood test for glucose is at a single point in time.

At the Clinical Center of the National Institutes of Health, Dr. David Sacks also says the usual blood tests for glucose require at least an eight hour fast. He notes the A1C does not.

“Because hemoglobin AIC is not affected by short-term glucose in the blood, you can measure it at any time of the day and whenever the patient arrives, regardless of the time of their previous meal.”

The NIH has a new fact sheet to help people understand the AIC test.

Dr. Tom Baranowski is a professor of pediatrics at the Baylor College of Medicine and Texas Children’s Hospital.

“If Mama brings a video game home, can she expect that her child will get more physical activity, and the answer is, as far as we can tell, no.”

Experts say children should get 60 minutes of activity a day for good health.

“Parents who want to have their kids to be more physically active should enroll their children in school-based sports teams, other kinds of physical activities.” (10 seconds)

The study in the journal Pediatrics was supported by the National Institutes of Health.

Raw milk has its following, but experts say the followers are putting themselves at risk – and their children and families, too. Raw milk is nonpasteurized, which means it has not been treated against germs that can be found in cows – even if the cow looks healthy. Some people think raw milk is better, but researcher Adam Langer of the Centers for Disease Control and Prevention knows what happens to people who drink it.

“Raw milk and other nonpasteurized dairy products can carry harmful bacteria and other germs that can make you very sick or kill you.”

He says some raw milk drinkers have wound up needing weeks of kidney dialysis, and even ventilators to help them breathe.

The study is in the CDC journal Emerging Infectious Diseases.

HHS Healthbeat says “raw milk and other nonpasteurized dairy products can carry harmful bacteria and other germs that can make you very sick or even kill you.”

Increase your protein and amino acids with Factor4 Health.
Learn more at www.factor4metabolichealth.com.

Buy Factor4 Weight Control Click On The Image Below

Click on the Image above to see
Nutritional Facts for Factor4

Get The Obesity Cure